Terry is a 32 year member of Local 701.  He was appointed to the position of Business Representative in 2012.  Prior to becoming a full time Business Representative, Terry worked for UPS for 22 years where he served as Chief Steward and as a delegate for contract negotiations. Terry also spent a year as a Trustee on the Local 701 Executive Board and has been active with the Guide Dogs of America for over fifteen years.  Terry currently services several automotive dealerships, various specialty shops and United Parcel Service (UPS). 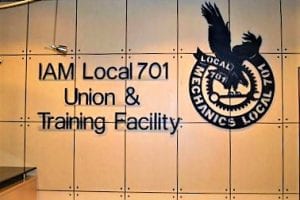 Sign up here for your Union newsletter and updates