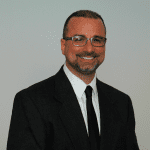 Mark has been a member of Local 701 since 1987. He worked in the Automotive industry throughout his career and served as a shop Steward at Phillips Chevrolet. While serving as shop steward he was also appointed to the Board as a Trustee in 2014. In July 2015 Mark was then appointed as a Business Representative where he services various specialty shops including automotive dealerships, bakery, trucking, machine shops, MARBA, Villages and the forklift industry. Mark also is the editor for the Local 701 Newsletter, assists in the local’s Website, Facebook page and was appointed in 2019 to be a Trustee on the Will/Grundy County Trades Association Board. Mark was also part of the extended bargaining committee for the 2013 SAA CBA. Mark serves as a Trustee on the Local 701 Health and Welfare and Pension Funds. He also serves as a Trustee on the Local 701 401(k) Defined Contribution Plan.

Other Elected Or Appointed Positions